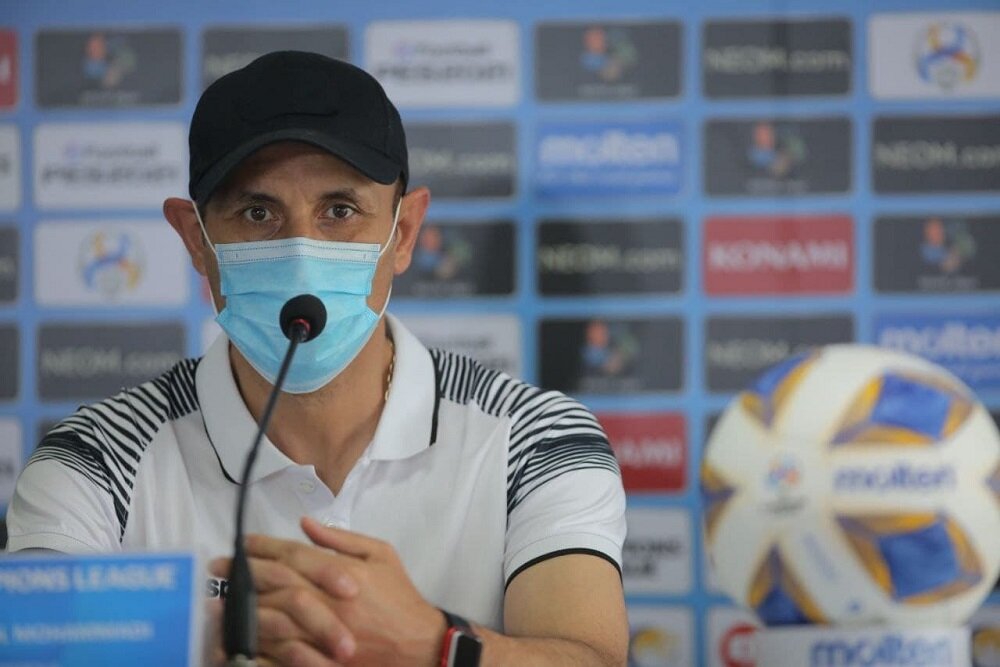 TEHRAN – Persepolis football team head coach Yahya Golmohammadi says that they will be aiming to qualify for the AFC Champions League for the third time.

The Iranian giants are scheduled to meet Al Wahda from United Arab Emirates in Group E opener on Wednesday.

Golmohammadi’s side head into the tournament having assumed top spot in the Iran Professional League and they will be eager to maintain their form in the continental showpiece.

Persepolis hold a better head to head record, with the Iranian club winning twice in 2017, while Al Wahda’s last victory against them was back in 2011.

Persepolis, having lost the 2018 and 2020 AFC Champions League finals, are well-prepared to face Al Wahda, the coach said.

“We know that there is a difficult task ahead of us since all the teams in the group want to book a place in the next stage. We are ready for the six matches in the group stage and I hope we can make our fans happy,” Golmohammadi said in the pre-match news conference.

“We are motivated and ready for the competition and I have to say we have a generation of the players who fight to win and this is our strong point. The players are concentrating to book a place in the final for a third time,” he added.

“I hope we advance to the next stage as the group winners. Al Wahda are a good team and the match against them will not be an easy game for us,” Golmohammadi stated.