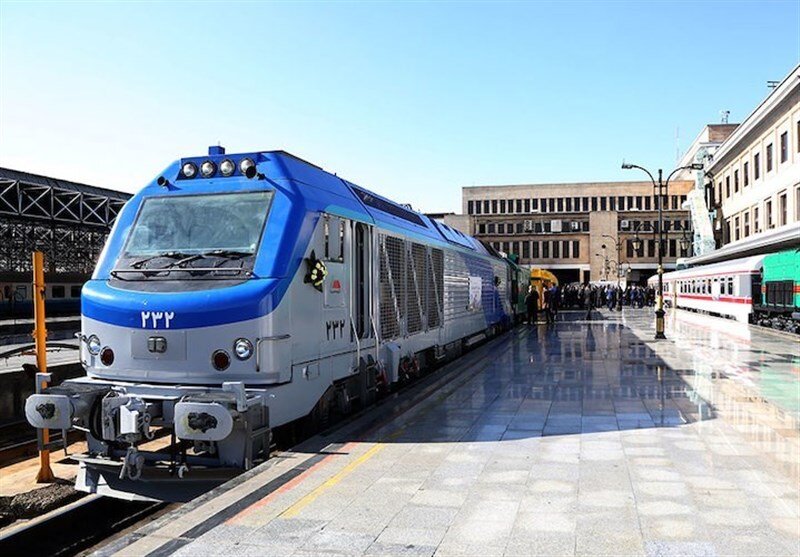 TEHRAN – The development of the railway sector is one of the macro policies of the Iranian government as it has been emphasized by the general policies of the Sixth Five-Year National Development Plan (2016-2021).

Advantages such as consuming less fuel and creating less pollution as well as high safety attaches priority to the railway when compared to some other transportation systems, and makes its development economically viable.

When it comes to railway development, the renovation of existing infrastructures comes also under the spotlight, as according to the Islamic Republic of Iran Railways (known as RAI) currently, the average age of the country’s passenger and freight wagons stands at 24 years and there are also rail tracks that have been built over 50 years ago.

In this regard, RAI has been implementing new programs for replacing old wagons and locomotives with new ones to reduce the age of the country’s fleet.

To this end, the private sector has been a big contributor to the development of the railway sector in different fields from building rails to manufacturing locomotives and wagons in the past few years.

In 2018, during the 6th International Exhibition of Rail Transportation, Related Industries, and Equipment of Iran, dubbed RAILEXPO 2018, the country unveiled the first-ever Iranian-made locomotive engine.

And then in mid-June 2019, Mapna Group unveiled the first Iranian-made freight locomotive on the sidelines of the 7th edition of the mentioned exhibition, and later in August, RAI Head Saeed Rasouli unveiled a comprehensive program based on which domestic manufacturers are set to supply over 1,000 locomotives and wagons and also 40,000 tons of rails to RAI by the end of the current Iranian calendar year (March 20, 2021).

Following the mentioned program, so far seven rounds of additions have been made to the railway fleet since the beginning of the current calendar year (March 20) which is named the year of “Surge in Production” by Leader of Islamic Revolution Seyed Ali Khamenei.

The sixth and seventh additions were made during a ceremony held on Tuesday, in which 122 new wagons and locomotives worth about 3.66 trillion rials (about $87 million) joined the country’s railway fleet.

According to the Transport Minister Mohammad Eslami, who attended the mentioned ceremony, the renovation of the railway fleet by domestic companies has so far saved the country €24 million in the current year.

In total, some 451 wagons and locomotives valued at 9.33 trillion rials (about $222.1 million) have been added to the country’s railway fleet in the mentioned seven stages during the current year.

At the first stage, which was on April 28, the fleet received 56 new domestically-made locomotives and wagons.

As reported by the portal of Transport Ministry, over 1.25 trillion rials (about $29.7 million) was invested by six domestic companies for the manufacturing of the mentioned wagons and locomotives.

According to Eslami, all the locomotives and wagons added to the country’s railway fleet have been made by domestic companies.

In total, since the beginning of the program in the previous year, 900 wagons and locomotives worth 16.36 trillion rials (over $389 million) have joined Iran’s railway fleet.