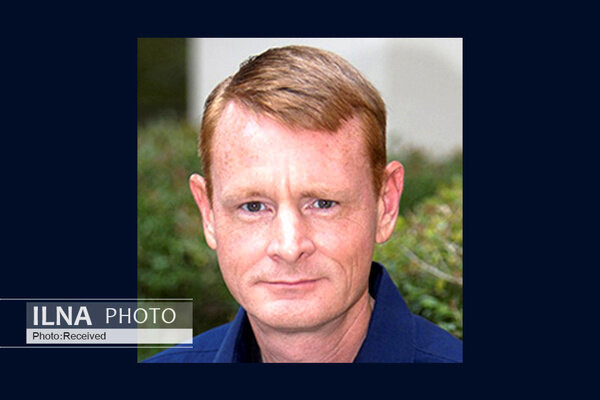 TEHRAN – Michael Hollingsworth, a professor at the University of South Alabama, has said that an extension of arms embargo on Iran by the United States is very unlikely.

In an interview with ILNA published on Saturday, Hollingsworth said that China and Russia will veto the U.S. move.

The Trump administration has threatened that it may seek to trigger a snapback of all sanctions on Iran if its attempts to extend the arms embargo fail.

The professor noted that Washington has left the 2015 nuclear deal, known as the JCPOA, and cannot return the sanctions.

The United States has stepped up calls for the extension of UN arms embargo on Iran since April.

Under the UN Security Council Resolution 2231, which endorsed the 2015 nuclear deal, arms embargo against Iran expires in October.

On Tuesday, the U.S. was rebuked at the UN Security Council meeting, including by the five European countries on the council. A week earlier the U.S. had introduced a draft resolution at the council that would extend the arms embargo on Iran before it expires in October.

The Tuesday meeting became the scene of battle by countries against the United States. It drew strong opposition from the United Nations, Russia, and China.

Russia’s Ambassador to the UN Vassily Nebenzia slammed the U.S. for pursuing a “maximum suffocation” foreign policy against Iran, saying Washington’s goal was to “achieve regime change or create a situation where Iran literally wouldn’t be able to breathe”.

“This is like putting a knee to one’s neck,” said Nebenzia, in a veiled reference to the death of black man George Floyd in Minneapolis after a white police officer knelt on his neck.

In a statement to the UN Security Council, Zhang Jun, China’s permanent UN representative, said the root cause of the current crisis is the U.S withdrawal from the Iran nuclear deal and the reimposition of unilateral sanctions against Iran, Xinhua reported.

“This has again undermined the joint efforts to preserve the JCPOA [Joint Comprehensive Plan of Action],” Zhang said, referring to U.S. efforts to extend the arms embargo.

“We urge the U.S. to stop its illegal unilateral sanctions and long-arm jurisdiction, and return to the right track of observing the JCPOA and Resolution 2231 [of the UNSC],” he said.

Rosemary DiCarlo, undersecretary-general for political and peacebuilding affairs, told the Security Council that the nuclear agreement remains crucial to the global non-proliferation architecture and to regional and international security, according to the UN website.

Russian Foreign Ministry spokeswoman Maria Zakharova warned on Thursday that an extension of arms embargo on Iran will jeopardize efforts to preserve the nuclear deal.

“The United States’ push was not only unjustified but also counterproductive in terms of the prospects of preserving the Joint Comprehensive Plan of Action (JCPOA),” Russia’s Sputnik news agency quoted Zakharova as saying.

Zakharova said in May that Washington’s plans to introduce an indefinite arms embargo against Iran have no prospects.

“The stubborn shattering of the JCPOA through new anti-Iranian ideas, which include the proposal to impose an indefinite arms embargo against Iran, simply does not honor the United States. It is clear that this course has no prospects,” Zakharova said at a briefing, Sputnik reported.

Those members of the JCPOA, who have maintained a genuine full commitment to the nuclear deal, will continue to fight for its preservation and sustainable implementation, she said.

“There should be no doubt about this in Washington,” she asserted.

In a letter to the United Nations’ Secretary-General Antonio Guterres and the Security Council circulated on June 8, Russian Foreign Minister Sergey Lavrov accused the Trump administration of unleashing a politically motivated campaign against Iran and called for “universal condemnation” of the U.S. attempts.

The Russian foreign minister said the United States withdrew from the 2015 nuclear agreement between Iran and six major powers and now has no legal right to try to use the UN resolution endorsing the deal to indefinitely continue the arms embargo.

China has also announced opposition to extension of the arms embargo.

Chinese Foreign Ministry spokesman Zhao Lijian said on Tuesday that China opposes the U.S. efforts to put pressure on the UN Security Council to extend arms embargo on Iran, based on the nuclear deal.

China’s UN mission wrote in a tweet in May that the U.S. has “no right” to extend arms embargo on Iran “let alone trigger” a return of all UN sanctions on Tehran.

“It has no right to extend an arms embargo on Iran, let alone to trigger snapback,” China’s UN mission tweeted.

IAEA should be impartial and professional: Zarif